Willard Vaughn, demonstrating his sales ability, at an Industry Convention in the 1980's. 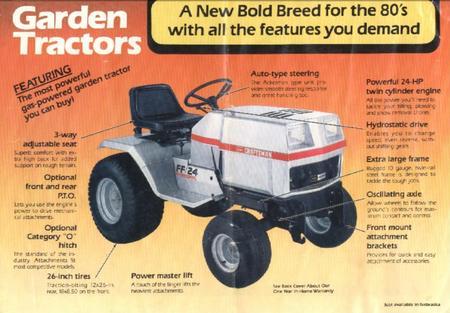 It went something like this...if you worked in the Sears mower division of the Stove Company, you spent six months of winter, building mowers and six months of summer, in the local billards parlor. Many workers were local farmers who loved the work schedule, particularlly working there only during the winter months.

When the Newark Stove Company closed down in 1980, it was then known as the Roper Company. The last stove was built at the Newark Ohio Division, on March 1st, 1967. Lawnmowers continued to be built there, until the plant was completely shut down in 1980.

Stove manufacturing had been moved to the main Roper plant in Kankakee, Illinois, just south of Chicago. Mower manufacturing went in several directions. The Sears brands were moved down south to either Orangeburg, South Carolina or McCray, Georgia. The David Bradley equipment continued to be built in Bradley, Illinois near Kankakee. The larger David Bradley tractors were built in Ingersoll, Ontario Canada, near Detroit, Michigan. 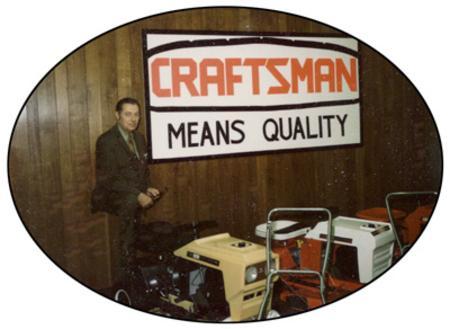