It was some 69 years ago the firm of Mosier and Wehrle Co. came into existance in east Newark on South Buena Vista St., a foundry specializing in coal, and wood stoves for cooking and heating. In 1889 the foundry was moved to the site of what had been the Plandy Machine Works, and the Wehrle Brothers, August and William, bought out the interest of John Mosier. Then it became the Wehrle Co. in 1903. 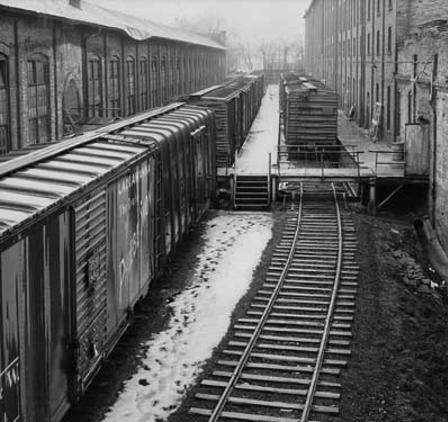 Mounters would get a wheel barrel and go to the casting room with all these raw castings, take to the grinding wheel and rough grind and also drill necessary holes.

Stoves were all built on the floor and no conveyors. Each operator would build his·own stove complete. Parts did not fit so it was necessary to file and ream holes.

The mounters made their own screwdrivers out of old files and made drift pins out of pitch fork and ground their own drills. If a mounter needed castings that were still in the sand, he would shake out his own castings. He did not get paid for this job.

The reason these parts did not match was because there was no inspection, only at final assembly. There were no specifications, blue prints or spec. cards. There was no control on parts being manufactured. Therefore, it was a common occurance to be short material. Stoves were not crated, they just had slats mounted to the bottom of the stove. Mounters worked 10 hours per day, Average time to build one stove was from 1 1/2 hrs. to 4 hrs. During this period of production the Wehrle Co. made their own oven door handles, bolts, nuts, lock washers, oven thermometers, etc.

In 1925 they started a group of 20 men working together on the same stove. This was called the conveyor. Each operator had a certain job to do on each stove. Stoves were pushed from one operation to another by operators on skids
​with wheels.

In 1936 the Florence Stove Co. acquired an interest and the name of the plant was changed to The Florence Wehrle Co., with the Florence Stove Co. of Chicago assuming the management. In 1937 Mr. T. D. Adams came to Newark as vice president and general manager of Florence Wehrle Co. Less than 4 years after he came to the Newark plant, he was advanced to the presidency. It was not until 1939 that the owners changed the firm name to The Newark Stove Co. Feb. 1, 1945 and Sears, Roebuck & Co. became sole owners.

When stoves were first being manufactured, they were made 95% cast iron and 5% steel. Therefore, the early thinking was that the cast iron was the only logical base material to produce stoves. So the first building was a small foundry housing approximately 8 mounders. As time passed and sales increased, the facilities were increased many times.

During this time moulders would cut their own sand with a shovel, mold and shake out their own castings. Moulders did not ring in or out on a time card. They came to work whenever they wanted to 6 or 7 0'6lock in the morning and they would quit whenever they wanted to 10 or 11 o'clock at night. They always cut their sand at night. The only lighting facilities available were torches and kerosene lanterns. If a moulder wanted a helper to cut sand and shake out, he would hire him himself and also pay him. Cast iron was cleaned by hand with a wire brush. Moulders had to carry their iron ladel filled with molten iron from the cupalo to the floor where they were going to
​pour off. 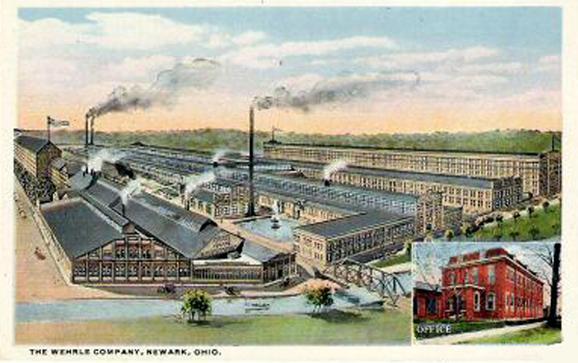